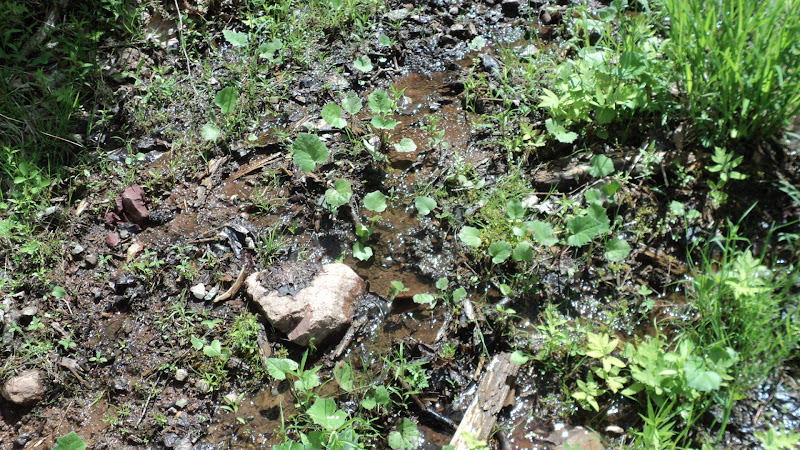 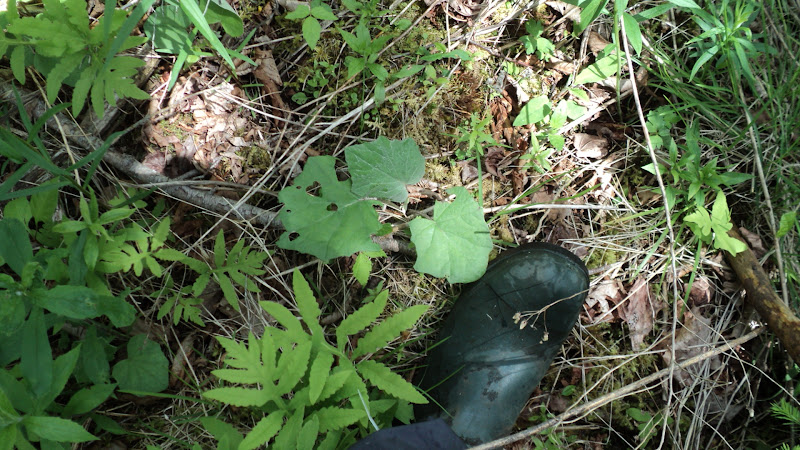 I have seen this plant in the woods everywhere as long as I can remember.

Is it the dreaded Garlic Mustard?
We travel the Milky way together, trees and men. - John Muir
Top

Nope! Quite possibly one of our native mustards, though I'm not terribly familiar with their identification. Here's a good resource on garlic mustard: http://www.kingcounty.gov/environment/a ... stard.aspx
https://flic.kr/s/aHskRDyuEH
http://www.inaturalist.org/people/er1kksen
Top

That is coltsfoot, Tussilago farfara. It, too, is a European plant. Here is the Wickipedia page:

Ranger Dan wrote:That is coltsfoot, Tussilago farfara. It, too, is a European plant. Here is the Wickipedia page:


Kind of embarrassed on that as I know it from the flower.

THANKS
We travel the Milky way together, trees and men. - John Muir
Top

No need to feel embarrassed about that, as the flowers often grow, bloom, set seed and then wilt away before the first leaves of the season come up to catch the sun and feed the roots. It's easy to miss the fact that they're the same plant.
https://flic.kr/s/aHskRDyuEH
http://www.inaturalist.org/people/er1kksen
Top

Lucas wrote:
Is it the dreaded Garlic Mustard?

Well, you're right to dread the stuff. In the late spring in Ohio it dominates the wetter areas. It forms solid, chest high masses that exclude all the other spring wildflowers. Oddly enough, if you keep after it for a couple of years you can eradicate it (unlike weeds in a garden). I did that at a local metropark, and the streamside has reverted back to the natives. I suspect I wasn't the only one intervening, but for two years in a row I yanked out literally bales of the stuff. I came back a few years later and the stuff was gone.
Top

Even worse than their ability to choke a spot up is that their roots exude allelopathic chemicals that inhibit other plants, like walnuts do with juglone. I recall seeing a paper published that showed impacts of these chemicals from garlic mustard even on things like mature oak trees. I take part in some annual garlic mustard pulls and it's clear that this method of control can be very effective. A single plant can produce as many as 500 seeds and uprooted plants will still make an effort to set seed and disperse with whatever resources they have stored before they wither up and die, so the advised method is to pile uprooted garlic mustard under tarps to compost and keep the tarps on for at least a year, preferably two.This year we also started testing the efficacy of eradicating the tiny first-year plants with a torch. At Alexander Preserve, a site in Zoar Valley I've posted about, an annual volunteer pull (usually on or around earth day) has drastically reduced the population of garlic mustard over the course of several years.
https://flic.kr/s/aHskRDyuEH
http://www.inaturalist.org/people/er1kksen
Top

I am not sure if I have seen GM in this area now. A good thing, I quess. I am glad it can be controlled but it seems a losing battle given the amount of it out there.
We travel the Milky way together, trees and men. - John Muir
Top
Post Reply
8 posts • Page 1 of 1