Here's a small cathedral tree I enjoyed. Nothing particularly unusual. Just some nice trunks in a nice location. 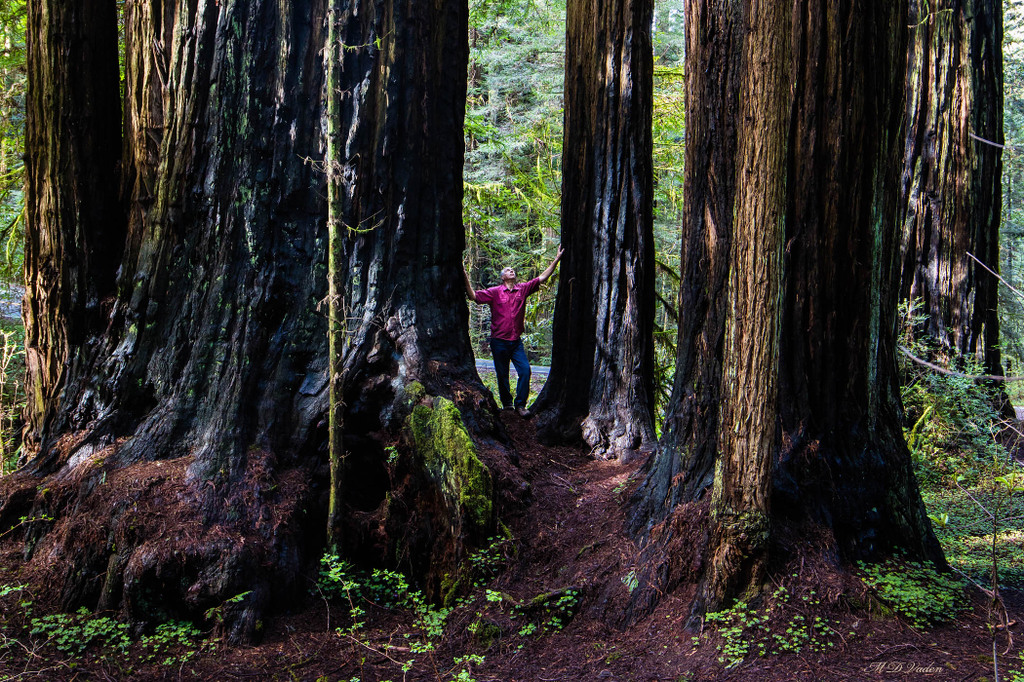 Mario-
Another of the many groves that have "Cathedral Trees" I visited last month out of Santa Cruz in the Henry Cowell Redwoods State Park...also referred to in some 'circles' as "fairy rings". Trees of Mystery has an interpretive sign that reads to the effect that the ring of trees encircling the primary original parent tree are effectively clones and would exhibit identical DNAs...while I don't support it, those who seek to compete with aspen clones, spruce rings, and creosote bush rings for the worlds oldest living organisms, might find new competition. Personally, I'm more impressed with the Avenue of the Giants giant redwood growing on top of a giant fallen redwood log...I've not felt more insignificant than in their presence!
Don Bertolette - President/Moderator, WNTS BBS
Restoration Forester (Retired)
Science Center
Grand Canyon National Park
BJCP Apprentice Beer Judge

From two days ago. Following wedding ceremony in the coast redwood forest of Del Norte ... 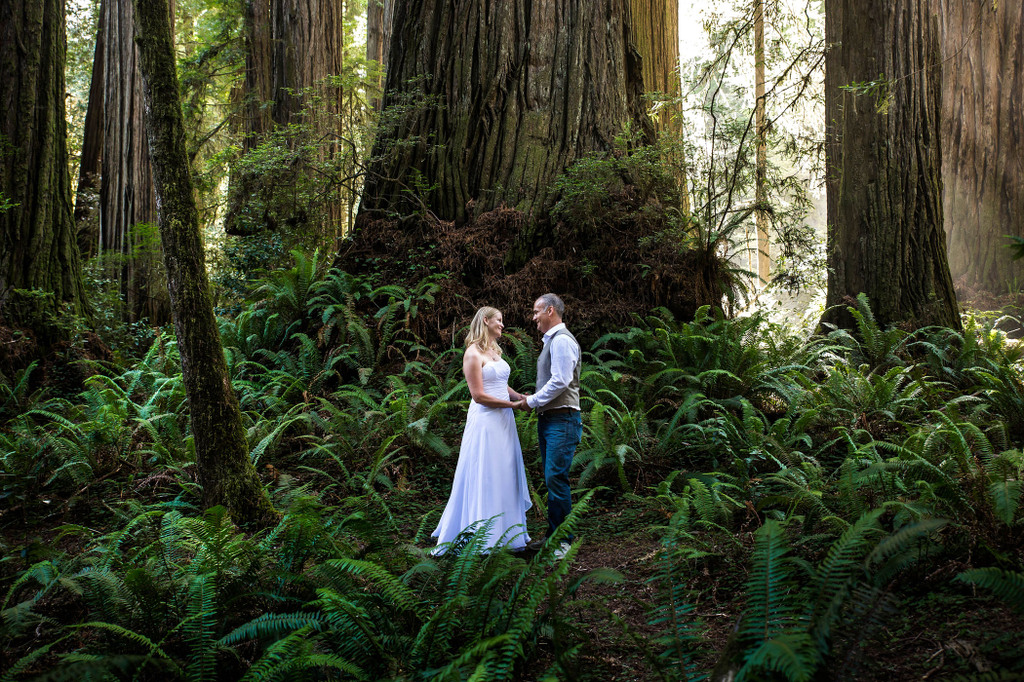 Went to Prairie Creek yesterday, and the overcast thickened, which was pleasant. Stopped to see an old "friend" of the forest.

mdvaden wrote: .... Stopped to see an old "friend" of the forest.

Those are the best kind of trees.
Top 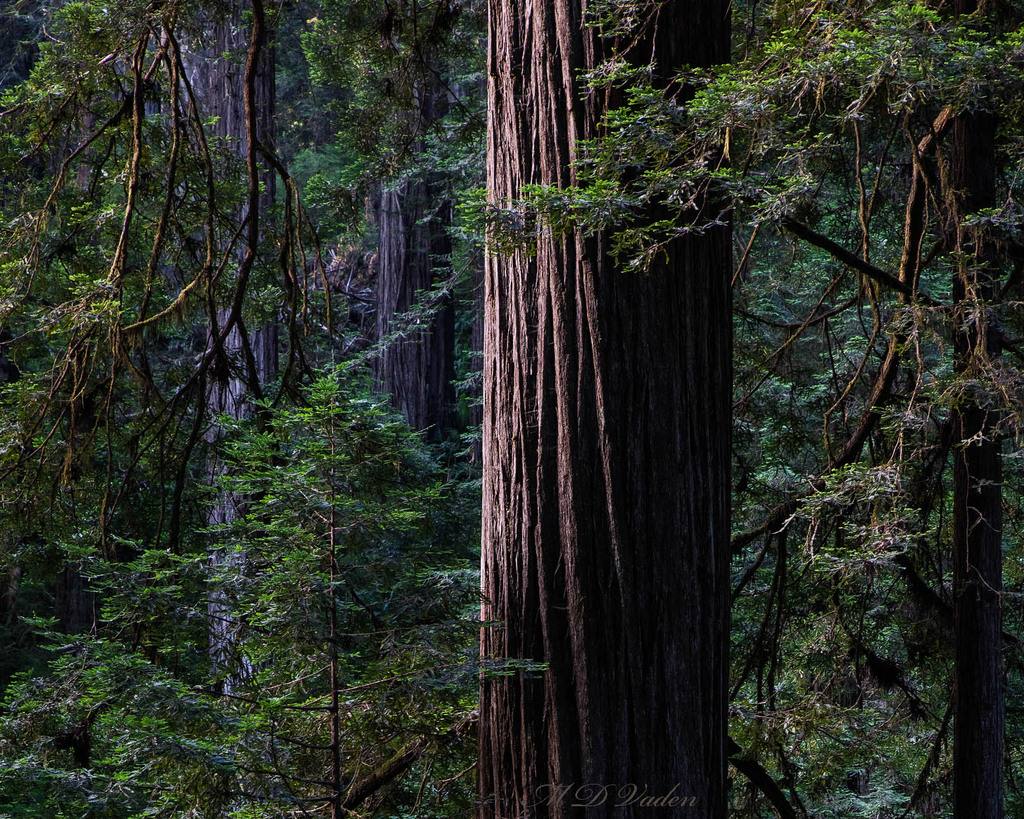 I bring strong coffee brew most mornings. I keep red wine about every other trip, but leave it in the room. May modify that some.
M. D. Vaden of Oregon = http://www.mdvaden.com

I was reminded of a conversation I had with a fellow hazard tree coordinator from Sequoia-Kings N.P. who vividly recalled the surprise of several visiting lawyers who'd taken a walk up one of the many trails through the giant Sequoias, only to return and find their BMW flattened by a fallen giant...of course everyone felt for the passing of the tree!
Don Bertolette - President/Moderator, WNTS BBS
Restoration Forester (Retired)
Science Center
Grand Canyon National Park
BJCP Apprentice Beer Judge