Discussions of the great trees and forest of South America. 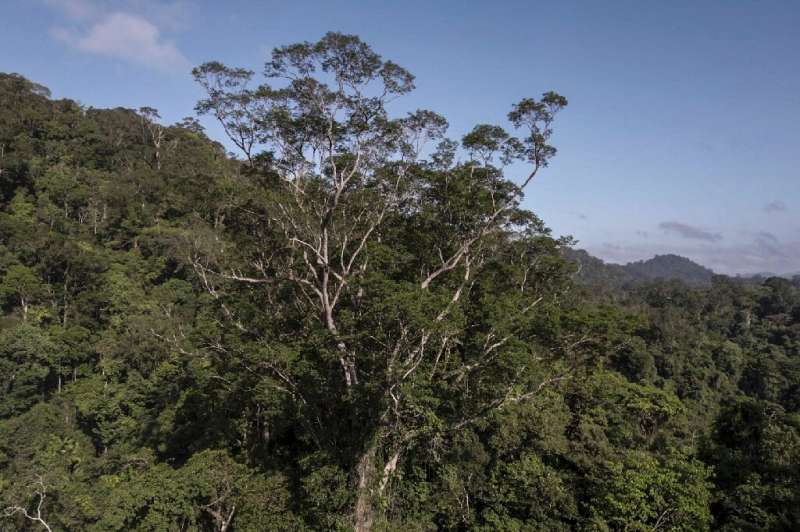 After three years of planning, five expeditions and a two-week trek through dense jungle, scientists have reached the tallest tree ever found in the Amazon rainforest, a towering specimen the size of a 25-storey building.


The giant tree, whose top juts out high above the canopy in the Iratapuru River Nature Reserve in northern Brazil, is an angelim vermelho (scientific name: Dinizia excelsa) measuring 88.5 meters (290 feet) tall and 9.9 meters (32 feet) around—the biggest ever identified in the Amazon, scientists say.

Researchers first spotted the enormous tree in satellite images in 2019 as part of a 3D mapping project.

A team of academics, environmentalists and local guides mounted an expedition to try to reach it later that year. But after a 10-day trek through difficult terrain, exhausted, low on supplies and with a team member falling ill, they had to turn back.

Three more expeditions to the reserve's remote Jari Valley region, which sits at the border between the states of Amapa and Para, reached several other gigantic trees, including the tallest Brazil nut tree ever recorded in the Amazon—66 meters.

But the enormous angelim vermelho remained elusive until the September 12-25 expedition, when researchers traveled 250 kilometers (155 miles) by boat up rivers with treacherous rapids, plus another 20 kilometers on foot across mountainous jungle terrain to reach it.

One person on the 19-member expedition was bitten by what the team doctor believes was a poisonous spider.

But it was worth it, says forest engineer Diego Armando Silva of Amapa Federal University, who helped organize the trip.

The top of this giant tree juts out high above the canopy in the Iratapuru River Nature Reserve in northern Brazil.
"It was one of the most beautiful things I've ever seen. Just divine," Silva, 33, told AFP.

"You're in the middle of this forest where humankind has never set foot before, with absolutely exuberant nature."

After camping under the massive tree, the group collected leaves, soil and other samples, which will now be analyzed to study questions including how old the tree is—at least 400 to 600 years, Silva estimates—why the region has so many giant trees, and how much carbon they store.

Around half of the weight of the region's giant trees is carbon absorbed from the atmosphere—fundamental in helping curb climate change, says Silva.

But despite its remoteness, the region's giants are under threat.

Angelim vermelho wood is prized by loggers, and the Iratapuru reserve is being invaded by illegal gold miners infamous for bringing ecological destruction, says Jakeline Pereira of environmental group Imazon, which helped organize the expedition.

"We were so thrilled to make this find," says Pereira.

"It's super important at a time when the Amazon is facing such frightening levels of deforestation."

Over the past three years, average annual deforestation in the Brazilian Amazon has increased 75 percent from the previous decade.
Top
Post Reply
1 post • Page 1 of 1